Rolling hills, towering castles and dramatic scenery - just some of the things that come to mind when you think of Scotland. Studying in this magical country promises a rich university experience of culture, history and excitement. And with Millie’s Scottish University Spotlight, you’ll soon know everything there is to know about studying in Scotland!

Scotland is a country in the Northern part of the UK, whose history stretches back to Roman times. Its misty weather creates a magical pairing with Scotland’s moors, lochs and castles, making it a treasure trove for myth-lovers. But what’s it actually like to study there? To answer just that, Millie’s broken down what it means to go to a Scottish university.

However, this does mean that the degree length in Scotland is four years (with some degrees like medicine lasting longer) compared to the regular three year courses found in the rest of the UK. While some students prefer three year degrees, the Scottish structure allows students to study subjects outside of their core discipline during the first two years before specialising in the final two years, giving students more flexibility to try new things. 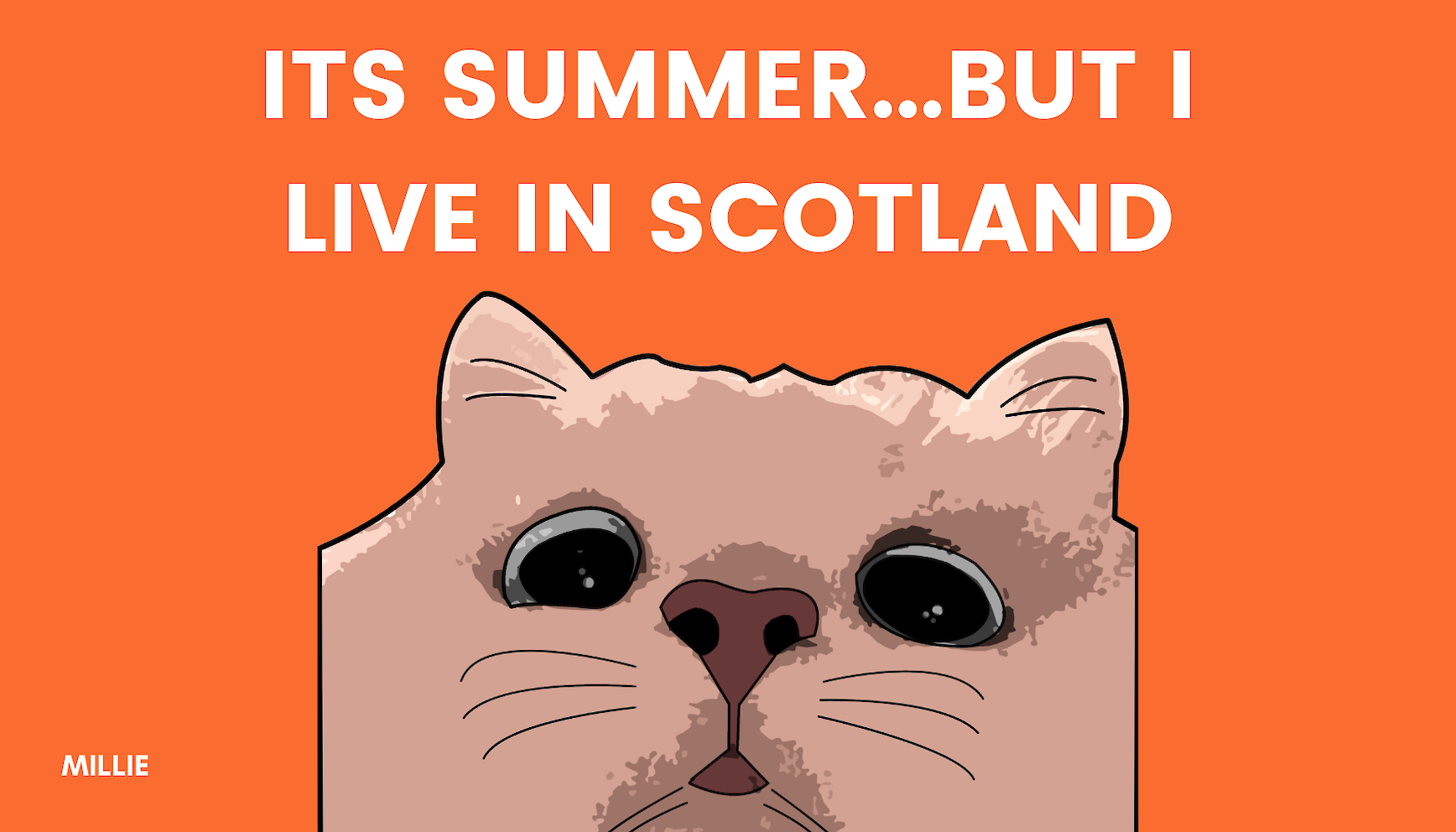 While the scenery certainly is stunning, the weather that accompanies it is… less so. Scotland has notoriously bad weather compared to the rest of the UK, but while this can be a bummer, it definitely amplifies the mystical feel of its moors and castles. So just remember to pack plenty of waterproofs and warm clothes (you can NEVER have too many fluffy socks) and you’ll be set!

“If you’ve heard the myths about the friendliness of Scots, let us tell you: it’s all true.”

If you’ve heard the myths about the friendliness of Scots, let us tell you: it’s all true. Scottish people are some of the friendliest you’ll ever meet (despite what you may see in football matches) and are extremely welcoming to foreigners. They will do their best to make you feel at home. International students make up around 22% of all students in Scottish universities, so no matter where you’re from, you won’t feel alone in an unfamiliar setting. The locals will always be happy to point out the best places to visit in town (with plenty of “aye”s and “wee”s thrown in there) and your university will also help you to settle in quickly through university welcome events, societies that you can join, and of course Freshers Week (a fun-filled week of social events and clubbing). With the sunny disposition of its people, you’ll be able to overlook the infamous Scottish weather and have a blast at university!

Whether you love being in nature, exploring historical castles, or want to immerse yourself in the various festivals, you’ll never be bored in a Scottish university! If you’re near a big city like Edinburgh or Glasgow, there’ll be countless things to do with your mates to blow off some steam by going to the numerous pubs, bars and clubs. You could take a trip to Edinburgh Castle, a gorgeous 11th-Century castle that is one of Scotland’s main attractions. Or take a walk through Glasgow’s Necropolis, famously dubbed “a city of the dead”. If you’ve got a green thumb (or simply like walking around gardens), take a walk around Kibble Palace and Botanic Gardens in Glasgow! There’s so much to get involved in throughout the year; you’ll never be bored!

August in Edinburgh is jam packed with festivals that celebrate Scotland’s culture, art and talent, including the Fringe Festival, the Edinburgh Art Festival and the Edinburgh Tattoo (the military-band kind).

“There’s so much to get involved in throughout the year; you’ll never be bored!”

If you’re into sports, you challenge yourself with a trek up Ben Nevis, the tallest mountain in the UK. Or maybe plan a day out to Loch Ness to see if you can spot the fabled Loch Ness Monster (or as the Scots affectionately call it, Nessie!). And perhaps by the end of it all, you’ll even be brave enough to try haggis!

So that’s a bit on what it’s like to study in Scotland. Now let’s dive into some of its best universities, starting off with the University of Edinburgh.

The University of Edinburgh

This university was opened in 1583, and is situated in Scotland’s capital, Edinburgh. It has over 33,600 students, just under 40% of whom are international. Edinburgh ranks 16th in the world (Top Universities) and 13th in the UK (Complete University Guide), making it a competitive and popular choice worldwide. Added bonus: it’s only a ten minute walk from the iconic Edinburgh Castle! Here are some of Edinburgh’s top ranked majors:

The University of St. Andrews

Founded in 1413, the University of St. Andrews is the third oldest university in the English-speaking world. It is located in Fife, Southern Scotland, and has magnificent architecture that rivals Oxford and Cambridge! St. Andrews has over 10,000 students from over 130 different countries. It ranks 4th in the UK (Complete University Guide) and 91st in the world (Top Universities). Here are some of its top majors:

The University of Glasgow

Glasgow University is the fourth oldest university in the English-speaking world, founded in 1451. It is located in the Scottish town of Glasgow, and ranks 16th in the UK (Complete University Guide) and 73rd in the world (Top Universities). The university houses over 26,600 students from over 140 countries. Here are some of Glasgow’s top ranked majors:

The University of Dundee

Dundee is located in Southern Scotland and is one of Scotland’s more recent universities, founded in 1881. The famous red-brick buildings house just under 16,000 students, 22% of whom are international. The University of Dundee ranks 30th in the UK (Complete University Guide) and 322nd in the world (Top Universities). Here are some of its top ranked majors:

The University of Aberdeen

​​​​​​The University of Aberdeen was founded in 1495 and is situated in North East Scotland. The university ranks 40th in the UK (Complete University Guide) and 205th in the world (Top Universities), accommodating over 14,000 students representing more than 120 countries. Aberdeen has a wide range of just under 400 courses, with everything from Accountancy to Zoology. Here are some of its top ranked majors:

Now you know a bit more about what it means to live in Scotland and study at some of its best universities. Despite the weather, the thousands of students who study in Scotland have a great time and love every moment of their university degree! Remember, sign yourself up for a free consultation to plan your next steps at university!