Student Life in UK vs US

Student life wherever you are in the world has some common factors: extreme nerves, making lifelong friends, hard work and great memories! But depending on where you study, you might find some differences and quirks unique to each place. To help you navigate these changes, Millie’s broken down everything you need to know about student life in the UK versus the US!

Both the UK and the US have exceptional universities to offer, with certain traditions and particular elements of student life that make them unique. While there are some differences (one being the name itself, university in the UK vs college in the US), there are also many similarities and parallels between the two systems. Let’s go into what student life is like in the UK versus the US.

“There are many similarities and parallels between the two systems” 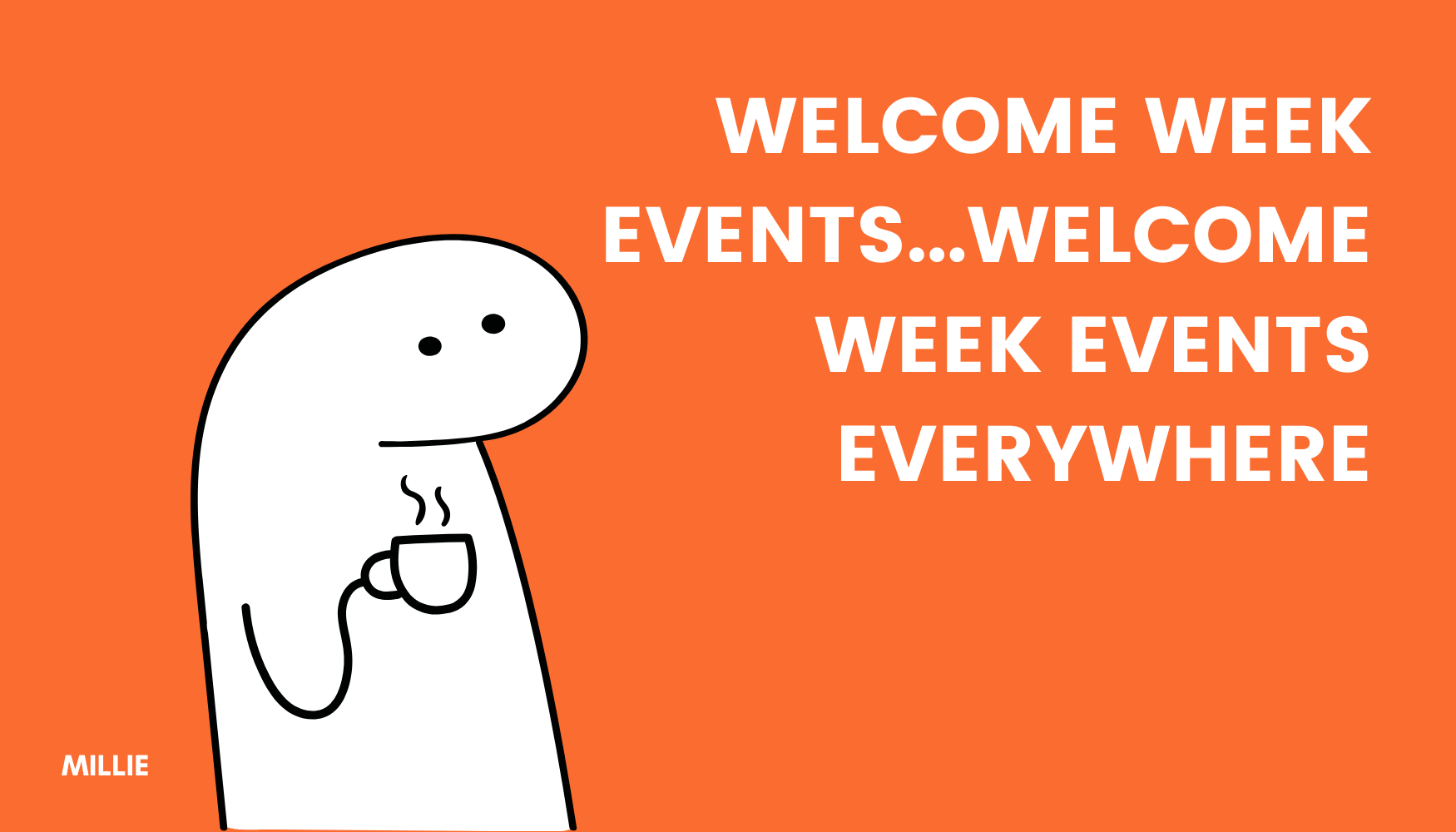 While they both have different names, this is essentially the same thing. Freshers, or Orientation Week, is the first week on campus for first-year students, where they are shown the ropes of how university life will work, receive their timetables, join clubs on campus and start making new friends in their halls or dorms. Let’s go into some of the details.

First thing to note is that Freshers/Orientation Week is a massive part of university and college culture. While there is a big focus on the academic aspects of signing up for modules, having endless talks and presentations on deadlines for the year, and joining societies and clubs on campus, one of the biggest parts of the week is socialising. Whether that be at nightclubs or society welcome events, this is the time to come out of your comfort zone and meet as many people as you can. Immerse yourself in the university culture as much as possible.

This is perhaps one of the biggest differences between UK and US student life. Let’s break it down separately.

In UK universities, the place where students live is typically called ‘halls’, where students are allocated to different ‘flats’ (apartments) that are shared between 4-20 students on average depending on their size. As a UK student, typically the only thing you will share with the people in your flat is the kitchen and sometimes the bathroom/toilet facilities, unless you are lucky enough to be allocated an en-suite room! That means that while you meet your flatmates (the people living in your flat with you) in the common areas, you have the privacy of your own room to retreat to for studying or simply relaxing. This is one of the big perks of UK student life, as you do have your own private space.

In the US, the system is slightly different. Rather than living in halls, you’ll be living in dorms, where you essentially share everything. You’ll typically share a room with 2-3 other freshmen (first-year students) and will only have an area of the room to make your own. Bathroom and kitchen facilities will also be shared, often with people outside your room. While some people find the idea of sharing their room with new people daunting, it really does make it a lot easier to make new friends fast (after all, if you are in the same room with someone for the rest of the year, you’re likely to make an effort to like them right)? So dorms make it easier to make friends immediately during the first week at college, and often lead to some of the best friendships you can make in college.

See what we mean? Accommodation in the US and UK is quite different, so do some research to see what your universities offer and which type of student living would suit you best. Some factors like cleaning for yourself, washing and cooking will be common between the two (unless you have a catered accommodation with a cafeteria). C’mon, you didn’t think you’d be able to get away with not doing these things forever did you? But don’t worry, everyone will be in the same boat, and your university will have all the facilities to help you get started! 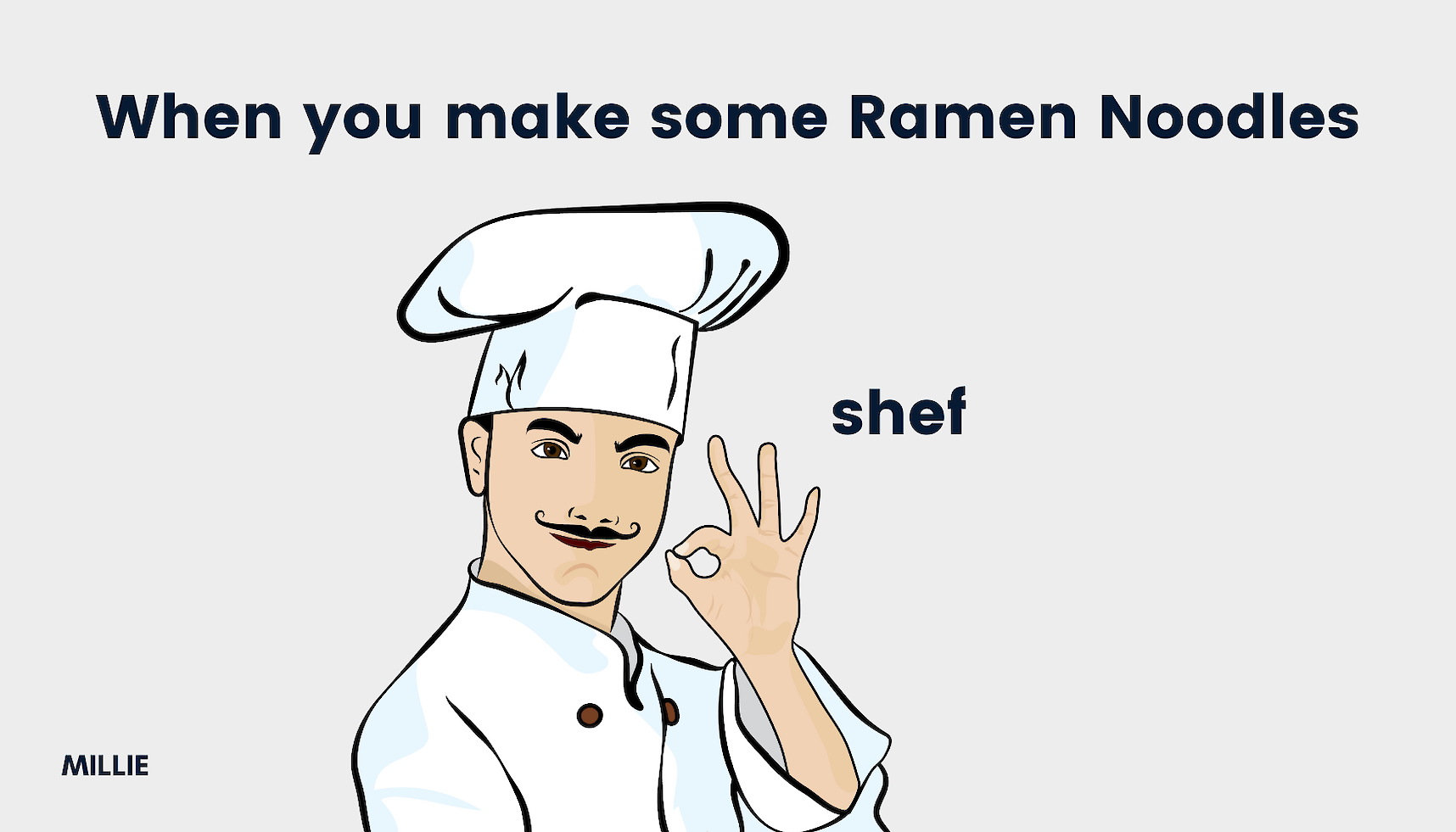 Societies (UK) vs Sororities and Fraternities (US)

Both universities in the UK and US have the concept of clubs on campus that you can join to learn new skills and meet like minded people, whether these be academic, sports, creative or social clubs.

In the UK these are known as societies, and are typically introduced in Freshers week in what’s known as Freshers Fairs, where all societies on campus gather in a common area, and students can go around to each stall to talk to members of the society and see which they’d like to join.

The US has a similar system for clubs on campus, but also has the unique institution of sororities and fraternities. These are clubs usually limited by gender (sororities for girls and fraternities for boys), although these distinctions are becoming less and less rigid. Many of these clubs have academic requirements of GPA scores, and due to the level of commitment, do not always allow freshmen into the club, but rather accept students in their second year of a full-time degree. "Greek life", as sororities and fraternities are collectively referred to, often implies living with fellow members during the duration of the major, with each society characterised by different traits and focus areas, allowing you to find like-minded people within the club. This makes it a great way to make friends in college and to network after you’ve left college. The level of commitment you dedicate to Greek life is really what keeps the bond between its members strong even into working life after graduation!

Here again are a few differences in how the UK and US structures their degrees, and how long they are. Let’s go into some of the country-specific details.

UK university undergraduate degrees are typically three-year long (except for Scottish ones which are four-year long). This is because UK degrees tend to be more focused in one area and less flexible. They usually start somewhere in September, and have three terms that fall in Autumn, Winter and Spring, with long Summer holidays that last from end of June to September, when term restarts. At the end of each term (i.e. for Christmas and Easter) students also have month-long holidays to go back to their families, although some universities allow students to stay on campus for these periods. These frequent holidays and shorter terms makes it perfect for students to balance life with friends versus coming back home to meet family.

In the US, undergraduate degrees are typically four-year long, due to the fact that they give more flexibility to students to figure out what they want to study at the start, and then allow them to focus on a specific subject towards the latter part of the degree. In the US, students have two semesters, one in Fall (August to December) and the other one in Spring (January/February to May/June). West coast universities tend to have trimesters, whereas East coast universities have two semesters. While holidays for Christmas are much shorter than in UK universities, Summer is typically the same length of 10-11 weeks.

Hopefully now you can see that many aspects of UK vs US student life are quite similar, just with slightly different nuances or names. Probably one of the biggest differences is living in halls versus dorm life, but again, the general principle of living with other students and making new friends is common between the two. To finish up, let’s go into some of the country-specific quirks that define each university experience in the two countries. 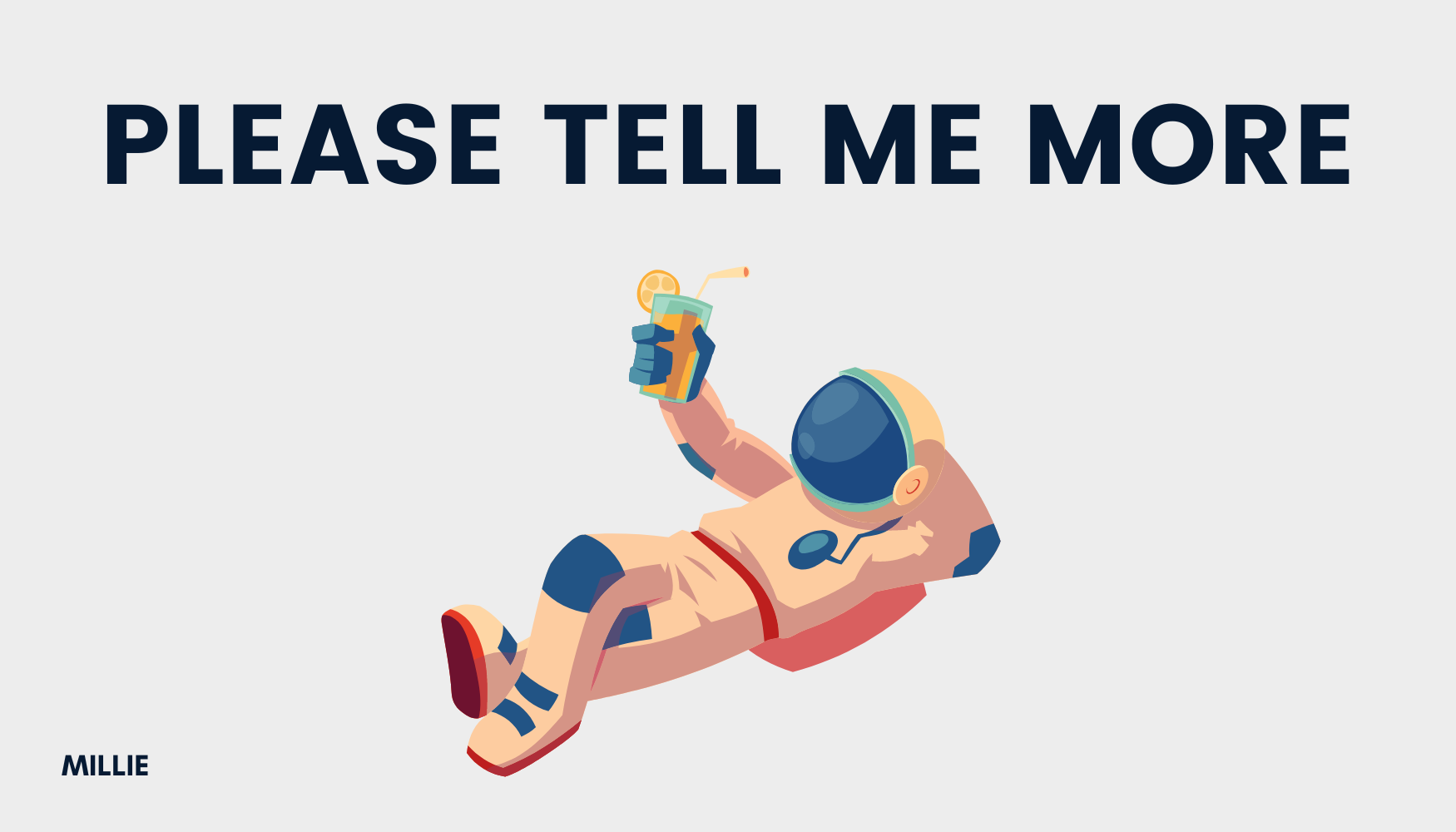 US universities have a big sports culture, where joining sports clubs is a massive part of college life. Whether this is trying out a new sport, or improving your skills in a sport you already excel in, participating in sports clubs and competing in competitions will be a big part of life at college.

This is the long-standing tradition of welcoming alumni back to campus. This can last around a week, and typically focuses around alumni football games to welcome its students back, although now this has broadened to other areas as well. Don’t get confused with the high school version of homecoming with dances and homecoming queens! At college, homecoming involves a series of activities and events over the week at the start of the year to welcome back and celebrate its alumni.

A careers office is an extremely useful resource to encash upon, which will help you take the first steps into working life after you finish college. Careers offices help current students and alumni to look for and apply to a variety of jobs, providing a great support network to fall back on even once you’ve left college. 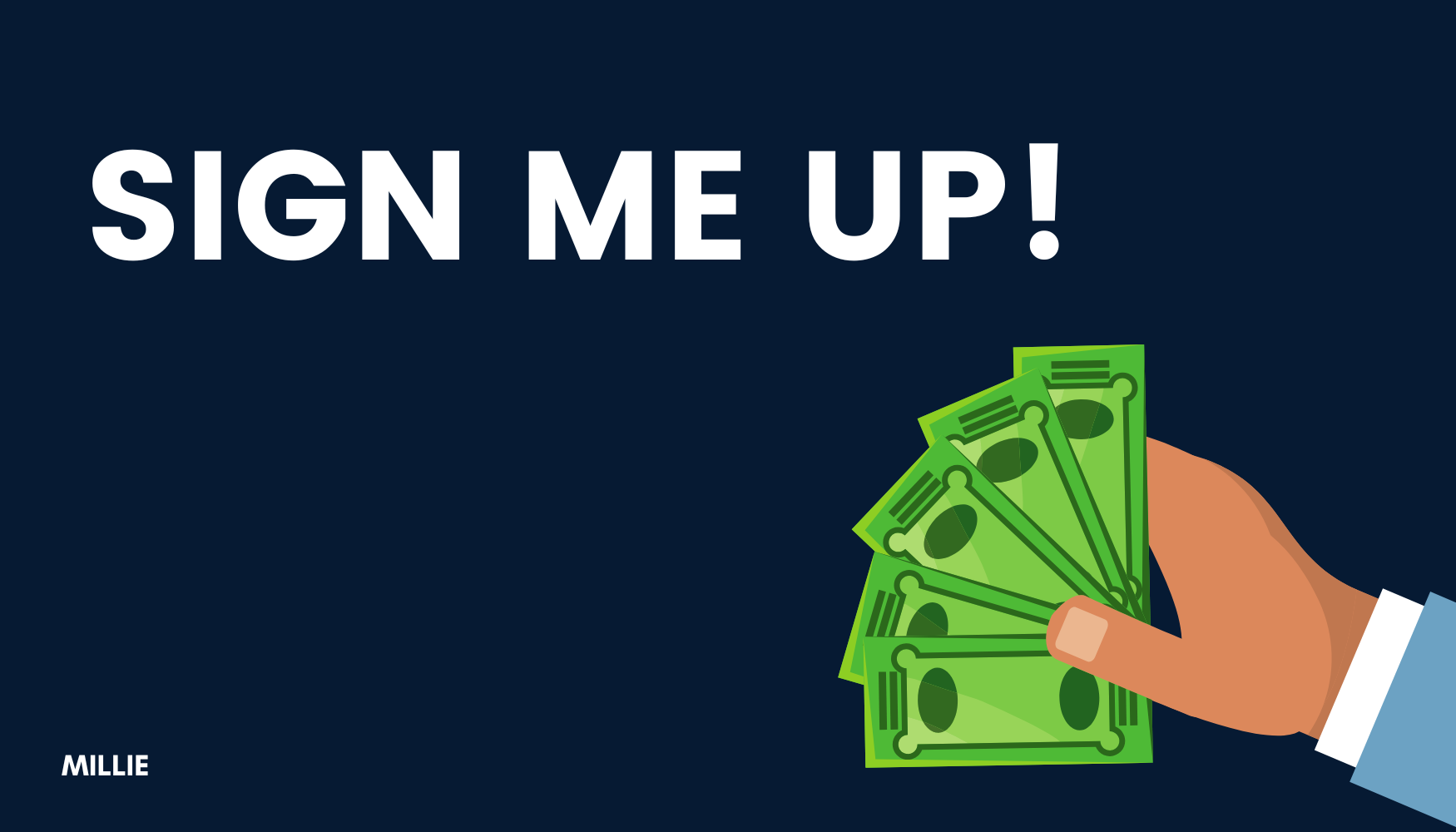 Ever dreamed of donning a ballgown and dancing the night away? In many UK universities, you can make this dream into a reality! While formal balls are very common in Oxford and Cambridge, many universities across the country host balls for their students. Sometimes these balls are held by individual societies, or by the university itself to celebrate its students’ graduation. If your university offers such events, be sure to buy tickets soon before they sell out! This is not an event to miss.

“Many universities across the country host balls for their students”

Some UK universities such as Oxbridge, York, and Durham adopt the collegiate system, meaning that the university is made up of a group of colleges. Each college may have its own unique attributes or quirks (typically seen in Oxbridge colleges), offering their own accommodation services to students. Unlike student halls, colleges create a strong community and family spirit, which can be great for making friends and feeling part of a group when coming to university!

One of the most alluring factors about UK universities is their architectural style, with many of the country’s oldest universities keeping their old exteriors to give character and atmosphere (almost as if you’re walking around Hogwarts)! While the two famous universities of Oxford and Cambridge best represent this approach to architecture, there are many others, like Royal Holloway in England or St. Andrews in Scotland, that have fabulously magical architecture, making a campus life experience like no other!

There you have it! UK and US universities have many quirks that make each unique, but also share a lot of similarities. To have the best student experience, do some research to see which style of student life suits you best, and apply to those universities or colleges accordingly. And remember, sign yourself up for a free consultation to plan your next steps at university!