Welcome to the first of our Meet the Mentor series!

First up is Giuseppe Iademarco, co-founder and COO of Millie. He is responsible for building the company's operations and processes across the globe while spearheading its business development efforts.

Giuseppe’s journey from an internationally curious high school student in northern Italy to becoming co-founder of a startup in NYC is an interesting one. Here’s what he had to say when we interviewed him.

Giuseppe, first question! As a high school student, did you have any idea on what you wanted to do or how to get there?

So growing up everything around me was very Italian – my family, my education. There was very little international influence to be found anywhere, but I was so curious about the world; about other cultures, languages, and travel. I knew that my future laid outside of Italy, I just had no idea of knowing or predicting what it might be.

Very fortunately we had some family friends who lived in Atlanta and Toronto. I spent three summers with them, where I learnt to speak English and had my first exposure to culture outside of Italy. Still I wasn’t sure what to do or where to go – only that I wanted to learn more.

"Growing up, I was so curious about the world; about other cultures, languages, and travel." 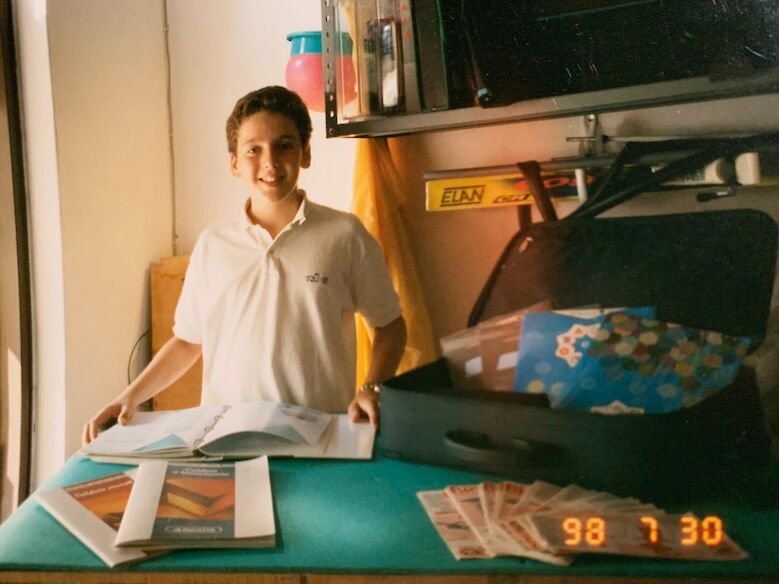 How did that experience affect your university choice?

When it was time to apply for university, I set my sights on studying economics at Bocconi – one of the best and most internationally minded schools in Italy at the time. I chose to study economics specifically as I thought (and still think) it’s a fascinating way to understand the way the world works around us, and would also increase my opportunities to work abroad later on.

And how did that affect what you did afterwards?

Again purely by chance, while I was living in Atlanta during my summer studying English there, a family friend mentioned someone he knew was moving to China to learn Mandarin. This was exactly the sort of adventure I was looking for.
So a couple of years later, I quit my internship at Deutsche Bank in Milan and moved to Dalian, in China's North East. A small city by Chinese standards, just 5 million people at the time, and most likely a place where I was the only Italian! I lived with a host family, learned about the local language, and embraced a very different culture – it was a transformative experience, and one I remember fondly.

After Shanghai you moved to London to study at the LSE. How was that?

It was excellent. LSE is a very cosmopolitan university, so it was full of people with the same ambition as I had. It was an absolutely incredible place to meet people from all over the world, and learn in a truly international environment.

Something I noticed though was that lots of the students around me – some of whom came from the best schools in the world – had no idea how to adapt to their new surroundings. It made me very grateful for my earlier experiences in the US and China, and has definitely influenced what we want to achieve at Millie.

And after you got your Masters, what came next?

After graduating from LSE, I received an offer from Third Bridge – what was then a small start up in London, but is now a global information services firm. After talking through the offer with a family friend, I accepted it and ended up spending nine great years there; moving my way up to manage a variety of teams across research, sales, operations and content. As the company grew, I was also lucky enough to spend more time in Shanghai and ultimately move to New York where I live now.

In New York you started your Executive MBA at Columbia, what was the rationale for that?

Once I’d settled properly in New York, I started reflecting on how to take my career to the next level. As I wanted to keep learning and eventually start my own business, an MBA was the perfect option for me. And as Columbia offered a joint degree with London Business school, it had the sort of global appeal I was looking for.

It was also just the right time – I had the security, the experience and the energy for it, so I thought, why not!

Tell us about the MBA, did it live up to your expectations?

The course at Columbia Business School and London Business School was incredible. Surprisingly for me, the best thing I learnt was the importance of inward reflection, which was covered in the leadership modules. Now I can really see how it’s impossible to inspire others unless you’re capable of inspiring yourself, especially in times of hardship and uncertainty

Beyond the content, it was the ultimate networking experience – and importantly where I met one of Millie’s other co-founders, Jenna Ahn.

Sounds like it set you up perfectly for Millie! Can you explain why you wanted to launch a startup, and why Millie specifically?

I’ve been lucky enough to have had several great managers to learn from over the course of my career, but I think the best way to learn is by doing it yourself – and there’s no better place to do that than at a start-up.

And why Millie specifically – it was really down to the scale of the opportunity I could see. Our ultimate vision is to be able to help everyone make informed decisions: about their education, their self-development and all the possibilities the world offers. For us, that starts with helping high school students prepare for college, but beyond that there are limitless possibilities for Millie that I’m really excited about. It’s exactly the sort of support I’d have loved while making key decisions in my life, and the reason I knew Millie was the start-up idea I’d been waiting for.

"I think the best way to learn is by doing it yourself – and there’s no better place to do that than at a start-up."

Last question! If you were able to travel back in time and give your highschool self some advice, what would it be?

This is a great question. First of all, I’d probably say make sure you research all your options thoroughly – the outcomes of the decisions you make when deciding where to study, or which job to take are huge. And now there is so much information freely available – use it!

I’d also say make sure you look beyond your local surroundings. There’s a big wide world out there, so seize the opportunity to travel, take a gap year or work abroad. Talk to anyone and everyone you can – real-world experience is priceless and will help you make better-informed decisions, whatever you decide to do. 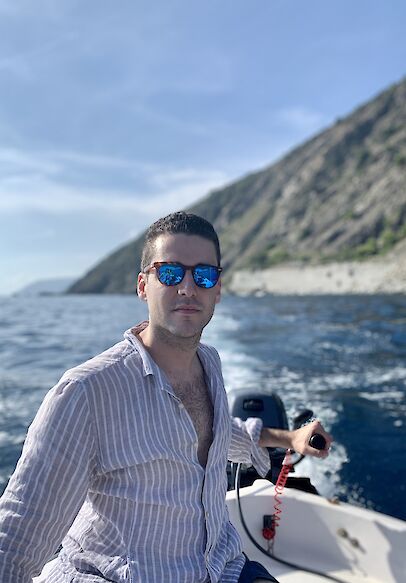 "There’s a big wide world out there, so seize the opportunity to travel, take a gap year or work abroad."